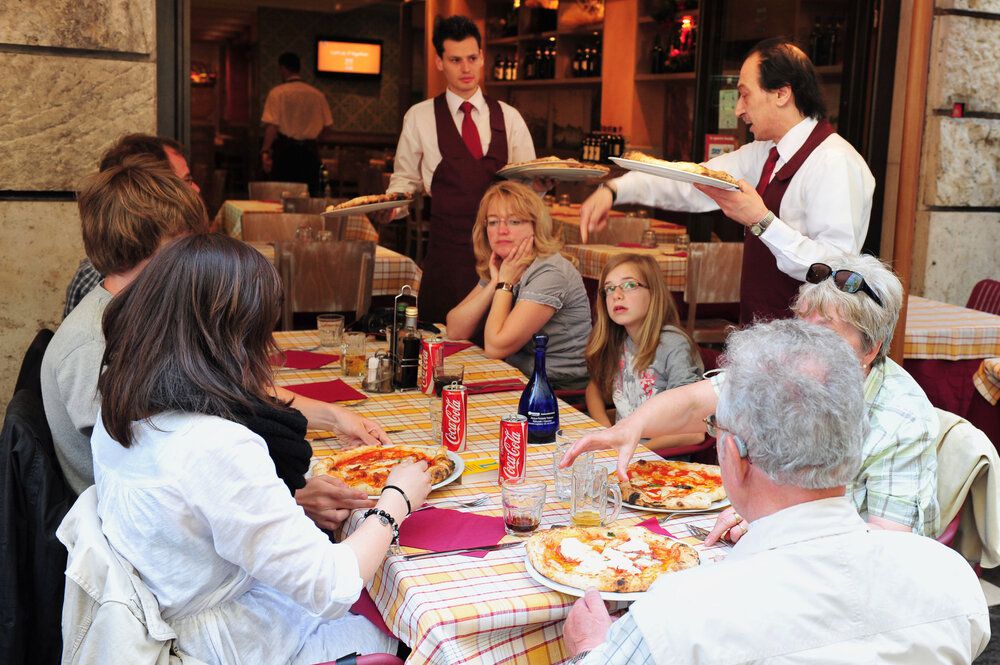 They say that when in Rome, do like Romans. This edict could not be truer than in matters dining. The Romans know their food and only expect the best roman cuisines from their restaurants. It goes without saying therefore that the most popular restaurants among the Romans should also be a tourist's choice. Below are a couple of those restaurants.

They say you can tell the classiness of a place's food by the people who dine there. Fortunato al Pantheon's regular diners are politicians and people of worth. This restaurant serves delicacies such as spaghetti alle vongole and tagliolini with white truffles and fresh funghi porcini. The meals are washed down with the best wines in Italy.

Owned by the Troiani brothers - Massimo, Giuseppe and Angelo - in 1990, this restaurant is one of the most respected eatery in Rome. It serves traditional Italian cuisines with a contemporary twist.

This restaurant is part of the larger Rome Cavalieri Waldorf Astoria. Its signature dish, The Sea, will leave you wondering whether you have been eating shrimp cuisines in other places or just their imitation. Clearly, La Pergola is in a class of its own.

Run by a family, the hotel serves traditional Italian food such as garlic bruschetta served with prosciutto. When in vegetables season, be sure to sample some creative desserts that only a Roman chef can think of.

This is a little piece of Tuscany that has been brought to the capital to ensure that the Romans can have a taste of Tuscany. Grilled beef accompanied by fagioli al fiasco and dressed with olive oil will introduce you to Toscanini gourmet dining without having to travel to Tuscany.

Italians love their food. Actually, Italy is the world’s capital of gourmet dining. The Romans long mastered the art of cooking from their conquered territories before other countries learned to chop meat. They then added their own twist to make some of the finest dishes. Dining does not get better than this...at least; you will be gracing these restaurants soon if you are reading this blog. I envy you.