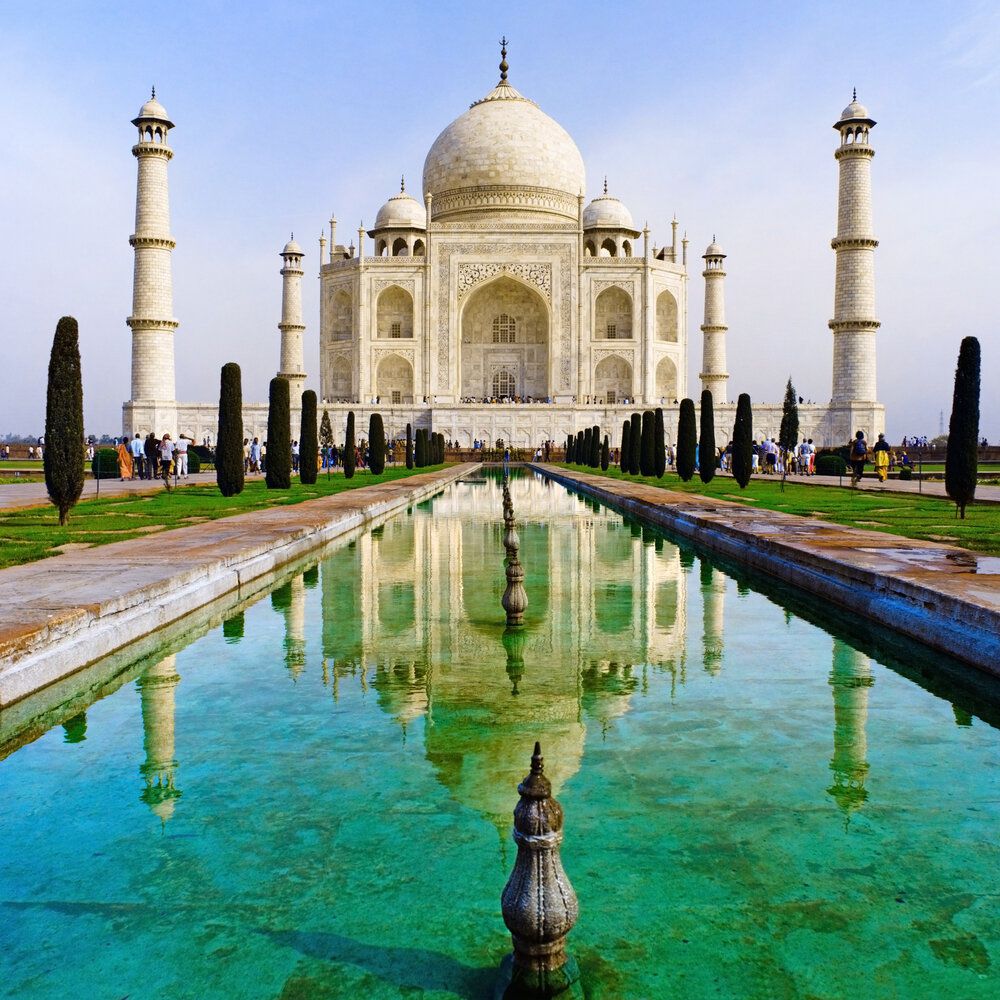 10 interesting facts about the Taj Mahal

One of the most significant Mughal Empire architectural marvels still stands in all its beauty and finesse in Agra, Uttar Pradesh, India. The Taj Mahal is a white marble built by Mughal emperor Shah Jahan in memory of his third wife, Mumtaz Mahal. In Arabic, the Taj Mahal is known as "crown of palaces". It is said to be the jewel of Islamic art in a nation that is predominantly Hindu. As if to show case the expanse of the Mughal Empire, it combines architectures from all the corners of the Empire including Islamic, Persian, Ottoman Turkish and Indian architectural styles. Below are some facts that you may find interesting about Taj Mahal.

1. The Taj Mahal was built by a whopping 22,000 laborers, painters, stonecutters, embroidery artists.

2. Legend has it that Emperor Shah Jahan intended to build another Taj Mahal in black marble across the river but a war with his sons interrupted these plans.

3. The changing moods of the Emperors wife are well captured by the changing hues of the Mausoleum at different times of the day. It takes a pinkish hue in the morning, milky white in the evening and golden at night when illuminated by moonlight.

4. It intricate work of art and architectural genius took 17 years to complete.

5. The most recognizable feature is the white dome at the peak of the mausoleum. Often called the 'onion dome', it rises to about 35 meters (115 feet) and is surrounded by four other domes.

6. Taj Mahal is a famous Indian landmark and tourist magnet, attracting more than a million tourists every year.

7. As always, rumor mills are on the overdrive about this mausoleum. It is rumored that the Emperor ordered that all the workers who worked on the mausoleum get their hands chopped of so that no one could make anything like it ever again.

8. If it was to be built today, Taj Mahal would cost the Emperor about US$100 to make it as beautiful as it is.

9. The materials that were used to build Taj Mahal were transported to the construction site by a whopping 1,000 elephants.

10. Many of the precious stones on the mausoleum were ripped off from the walls of the mausoleum by the British army during the Indian rebellion of 1857.

Taj Mahal is indeed a beautiful place. When you visit, make sure you take a picture of yourself and your spouse with the mausoleum as the background...who knows, the love that the emperor had for his wife to dedicate this kind of resources for her remembrance after death might rub off on you.